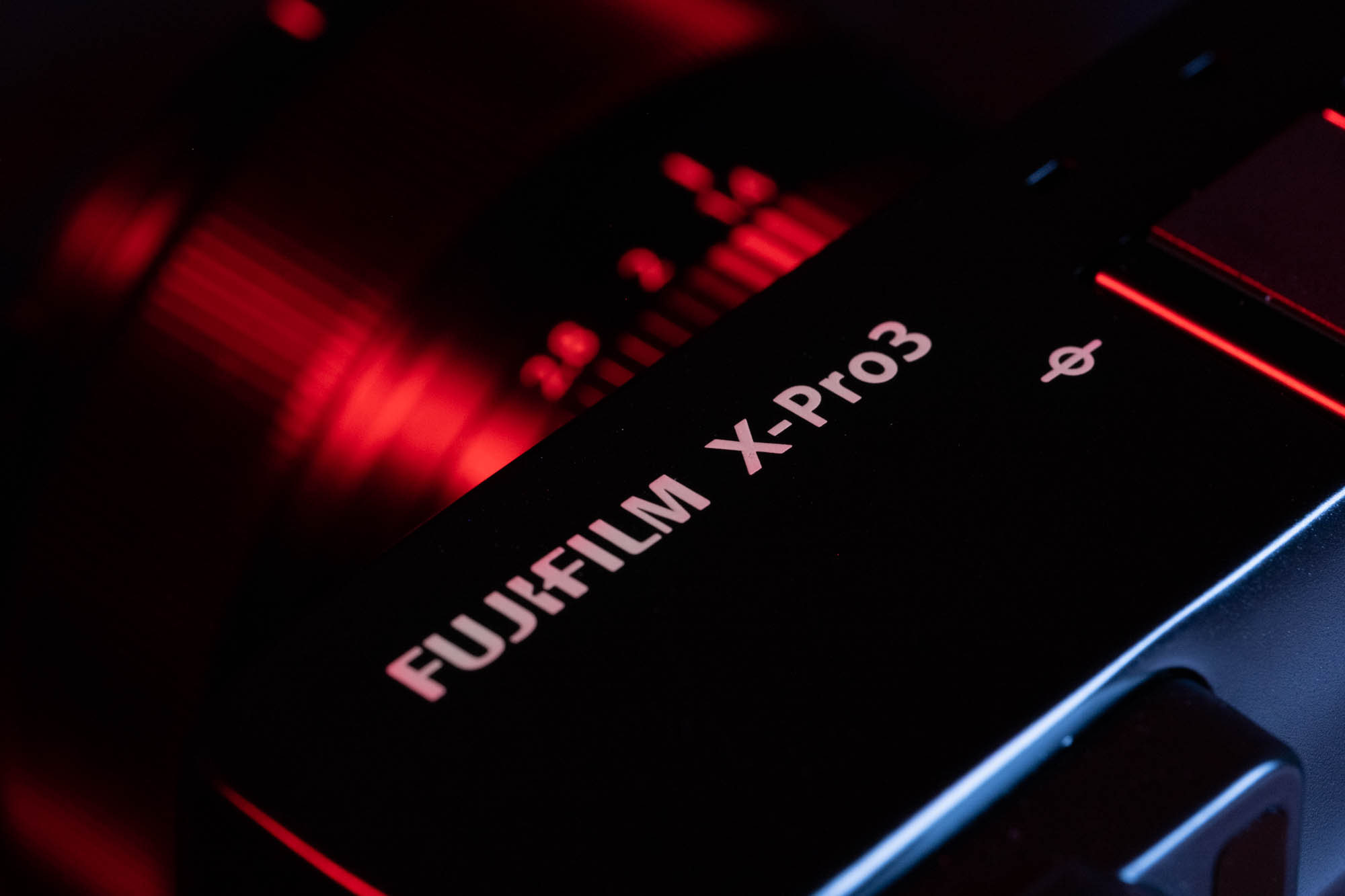 The X-Pro3 is certainly one of the better looking cameras on the market.

I never understood the negative reaction to the X-Pro3 when it was revealed.  It seemed like many reveled in mocking Fuji for their design choices.

A modern mirrorless camera without a traditional LCD screen on the back was a bold move on Fuji’s part, but one that I came to understand.  It fits with the X-Pro line as a camera that offers something different.

The first X-Pro came out and captured the hearts of many photographers with its distinctive styling and unique hybrid optical viewfinder.  I remember seeing the overwhelming reaction to the design of the first-generation camera, and I wanted one, badly.

However, I could never justify the cost. I had my 1D Canon bodies and I was out there shooting bunches of weddings.  The X-Pro was just too slow for my needs.  So when the X-Pro2 came out, I jumped in, sold my heavy Canon gear, and went all-in on Fuji.  I haven’t looked back.

The Pro2 was a joy to shoot with and had a body that just felt right.  Even when I picked up an X-T3, I more often than not chose the X-Pro2 to shoot most things.

Yet for all my love for the X-Pro2, I never really used it like it was meant to be used.  Why would I use the optical viewfinder when I could just as easily use the LCD?  For me, that part of the camera never really clicked, even when I tried to force myself to use the OVF.

When the X-Pro3 came out, I was intrigued.  A camera that basically forced the user to use the OVF?  That was interesting, and it’s a logical road for the X-Pro series to travel.

The first time I picked one up and shot with it, it just clicked with me.  It felt right.  The optical viewfinder is brighter than the X-Pro2 and put me more inside the moment than any camera I’ve used since the days of film.

That’s not to say I didn’t have some growing pains with the X-Pro3.  After the initial clarity I found viewing the world through the optical viewfinder, I found myself continuously looking at the back of the camera to review my images.  There was some frustration there when I had to physically pull the screen down each time to see what I shot.

And again, this was another area where the soul of the camera reveals itself.  It wants you to be in the moment.  It asks the photographer to focus on what you’re seeing instead of the electronic display.  It asks you to get back to the basics.  Compose the photo and find the light.

Shutter.  Aperture.  ISO.  Click.  Get it right in-camera, the X-Pro3 seems to say: there’s plenty of time to stare at an electronic screen later.

When I started to shoot this way, using the camera became second nature and the experience became imminently enjoyable.

The quality of the images, of course, are outstanding.  Fuji’s glass is wonderful.  With the same sensor and processor of the X-T3, photographers already know what they are getting here, so I won’t say too much about image quality except to say it takes wonderful images.

There’s a new simulation, Classic Negative that I like.  Fuji’s color in their film simulations are always fun to use, but for me they are purely optional.  When photographing landscapes, portraits and weddings, I’m shooting RAW files with my own Lightroom presets anyway.

An annoyance for some might be the optical viewfinder not showing the frame lines for lenses wider than 23mm.  The 16mm F/1.4, for instance, shows a yellow arrow at the corner indicating that the lens is too wide to accurately show.  It’s a bit of an annoyance, but not a big deal for me.  I enjoyed the images I shot with the 16 just fine and I’ve used it so often with the X-Pro2 or X-T3 I feel comfortable with it.

More annoying, and this is the same as on the X-Pro2, is using telephoto lenses.  Shooting with the 100-400 on the X-Pro3 isn’t enjoyable – it’s unbalanced and just doesn’t make sense for the OVF.

Both of these grievances can be alleviated by just switching to the EVF.

Something that caught my eye about the new camera was the claim by Fuji of improved low-light focusing.  Fuji engineers claim it focuses down to a -6EV.  Anecdotally, it does seem to more accurately focus in poor light and hunt less, but I haven’t tested that extensively at all.

Is the X-Pro3 right for you?  Go and try it out using only the optical viewfinder.  If you love the experience of shooting with the OVF and don’t mind the camera’s limitations with telephoto and ultra-wide angle lenses through the glass, it just might be something different that jives with you.

No matter how much I love the camera, though, it’s still hard to recommend over the X-T3.  The T3 is also bound to be a legendary camera, able to shoot stunning video and world-class stills with very few limits.

The X-Pro3 then is a camera that embraces limitations.  It rewards me for making considerate choices through the glass.  It keeps me on my toes by forcing me to watch my settings.  It makes the world more immediate and keeps me in the moment.

Some might call it a gimmick, and that’s fine.  I can see where you’re coming from even if I disagree. I just hope we can mostly say that Fuji should be commended for at least doing something different than anyone else. They took a risk here and crafted something unique.

In a world where so many of the modern digital cameras offer more similarities than differences, Fuji’s bold design choices are invigorating and evident in the X-Pro3.

Images with the X-Pro3

These images were all shot in one day using only the OVF and just two lenses as I took out the camera for a spin on a short road trip starting in the Benson area in Omaha to Western Iowa.