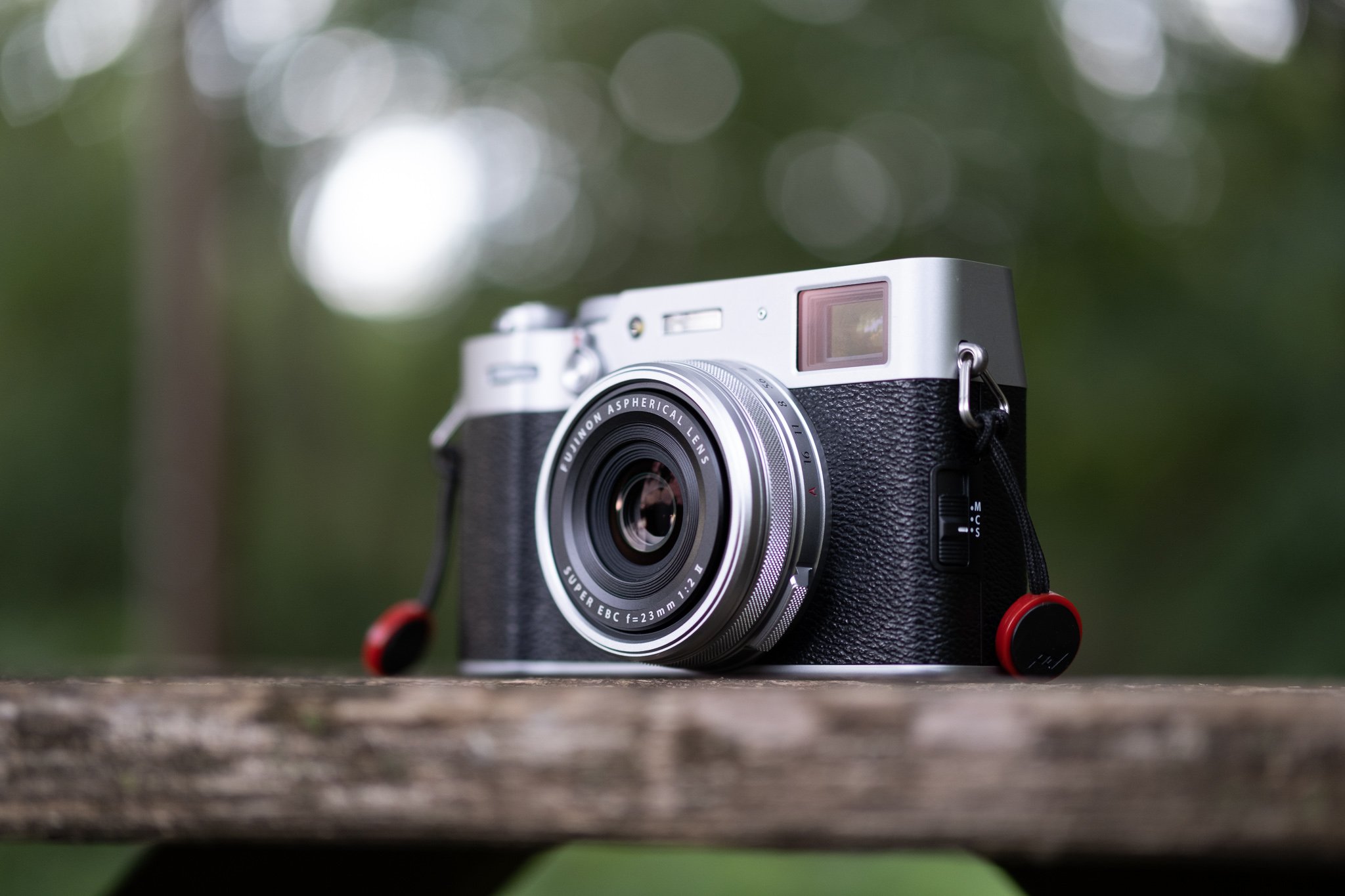 We purchase cameras for many reasons.

Sometimes it’s because we need more megapixels to fulfill a job requirement. Other times it’s because our old cameras just can’t keep up with us any longer, and the lure of new technology makes sense. Some photographers just want a new addition to their kit because… well, why not?

For me, the X100v was a re-purchase. I had it once before but sold it when I found the utility and ability to change lenses on the Fuji X-E4 so appealing. With the X-E4, I found a camera that is nearly the size of the X100 range of cameras, but with the ability to change lenses! I became enthralled with the prospect of taking the 27mm f.2.8 with me along with the Fuji F/2 trilogy of lenses (the 23, 35 and 50) in a very small bag.

I thought I was in heaven camera wise… until I wasn’t. I may not have thought of it before, but the ability to change lenses actually made me grab my camera less. I loved the form factor of the X-E4 and of course the images that came out of it with the Fujicrons were amazing, but there was always a slight moment of hesitation when I grabbed the camera. “Is this the right lens,” I’d ask myself?” And sometimes I’d agonize over which lens to take with me.

This is a stupid problem. I’ll admit it’s one born of a luxury of options, and someone could very likely just tell me to grow up and focus on the positives.

But our lives are full of so much complexity already, aren’t they? We live in complicated times, and with all that’s going on, I crave the freedom of simplicity.

Photography is my escape. It’s my peace and serenity among the blaring alarms raised by a million issues we should be aware of in life. Duties to perform. Causes to champion.

I realized that the X100v was a camera that was so brilliant precisely because of its main limitation. One lens. One perspective.

Limits can bring out the best of us. I think about some of the greats in photography, and the wealth of art they created with limited technology. So I promptly sold the X-E4 and picked up an X100v when one became available at my local camera shop.

I reach for the camera without a second thought, never worried about what lens to use. I know exactly what it’s capable of, and I use that to speak to the world.

What a voice it allows me to use!

The 35mm equivalent lens focuses incredibly close. I can get scenes like the one you see below by pushing in, getting into the scene and becoming one with it.

The f/2 lens is sharp enough for me. It’s not perfectly sharp up close, but it’s also totally acceptable, especially in the spirit of embracing the camera’s limitations and the nature of a camera that allows me to do so much with so little.

I’ve also found a happy way to embrace high ISO photographs in nature images. There was a time when I wouldn’t be caught outside if I had to boost my ISO above 1600 or so. What a waste of time.

The photos I took on this night are just a few examples of the joy found in allowing low-light, high ISO imperfection into my life. Each photo is gritty and real: the story of fading light, shifting wind and the sound of cicadas in the trees.

In a busy life, a camera like this one is a welcome slice of simplicity. While I still have my other Fuji cameras for portraits, weddings and other paid jobs that might need other options, the X100v is the camera I take with me to the gas station or for a quick walk in nature.